Lynn Sanborn is a passionate residential real estate professional with more than 30 years of experience in connecting people with distinctive properties. Service, experience, knowledge, and commitment are the foundation of the qualifications Lynn brings to every transaction. She is a Windermere “W Collection” Agent, a Windermere Premier Associate, a member of the Windermere Builder Solutions Group and is a certified New Home Sales Professional. She has served as a mentor for many agents and prides herself in setting high standards for all Realtors. Relationships are everything and her clients interest are always first.

Lynn's vast professional achievements include being invited to join the Seattle King County Association of Realtors Board in 2015 and also serves as a Seattle King County State Director representing King County. She was elected to serve as VP of Governmental and Public Affairs in 2019 and was asked to run for President Elect to serve in 2020.

She was voted a 5-Star real estate agent by Seattle Magazine in 2006, 2008, 2009, 2010, 2011, 2012, 2013, 2014, 2015, 2016, 2017 and 2018. She was voted the Best of Kirkland Real Estate Agent in 2013, 2014, 2015, 2016, 2017 and 2018. She places great importance on continuing education and has earned the Accredited Buyer's Representative Designation, Accredited Staging Professional, Accredited Negotiation Professional and the Earth Advantage Broker "Green" Certification among many other certifications. She has also received two Special Achievement awards from Windermere Real Estate for positive contribution to the team success and for exemplifying the best qualities of a real estate professional.

Lynn has made it her priority to be an advocate for the homeless, served as VP on the Attain Housing Board of Directors and currently is on their Advisory Board. She is a founding member of The Butterfly Effect charity group (a monthly giving group) and served over 7 years on the Windermere Foundation Board, which provides funding to support low-income and homeless families. In 2011 and 2018, Lynn received the Seattle King County REALTOR Community Service Award for her commitment to helping those in need in 2015 and 2018. She was also honored to be nominated as one of eight in the state to receive the Community Service award for Washington Realtors in 2019. In 2019 she received the Realtor Excellence Award from Seattle King County Realtors.

She also serves as the Membership Chair for Washington Realtors. And is a member of the Kirkland Chamber of Commerce.

Lynn Sanborn is a passionate residential real estate professional with more than 30 years of experience in connecting people with distinctive properties. Service, experience, knowledge, and commitment are the foundation of the qualifications Lynn brings to every transaction. She is a Windermere “W Collection” Agent, a Windermere Premier Associate, a member of the Windermere Builder Solutions Group and is a certified New Home Sales Professional. She has served as a mentor for many agents and prides herself in setting high standards for all Realtors. Relationships are everything and her clients interest are always first.

Lynn has been the proud recipient of numerous sales and professional performance awards. Windermere Real Estate/East Inc. Yarrow Bay office, to which she belongs, consistently ranks as a top-selling office in the Puget Sound. Lynn is dedicated to excellence on every level! 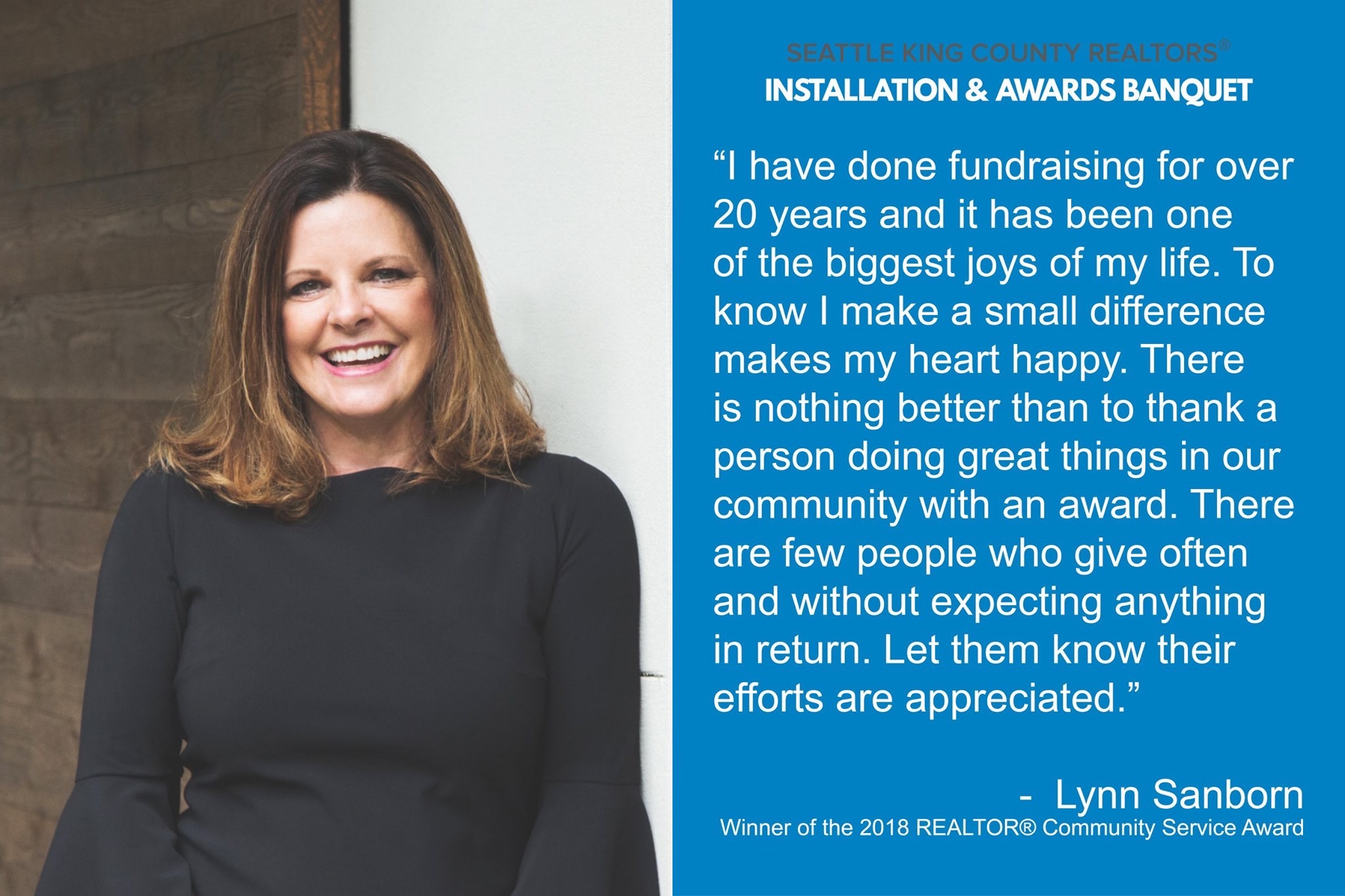 Giving Back as A Way of Life

Lynn is committed to serving her local communities.  She participates in numerous volunteer events from organizing clothes drives to landscaping work. Below are some of her most recent community service projects. For more information on all of Lynn's charitable work, click here. 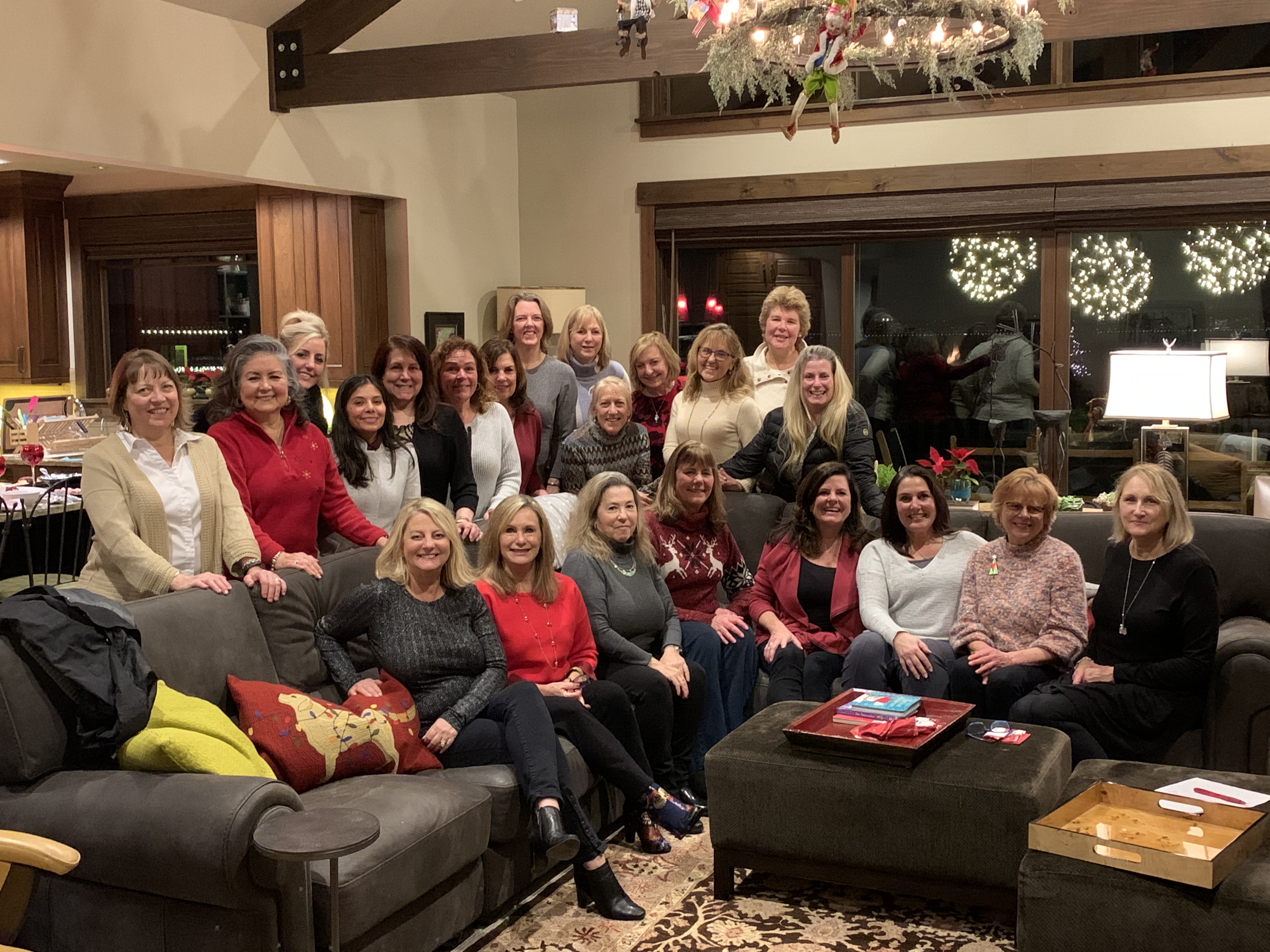 Dec 2019 of The Butterfly Effect Group gathering sheets, blankets, socks and other items for the Homeless Kids who stay at Friends of Youth shelter. 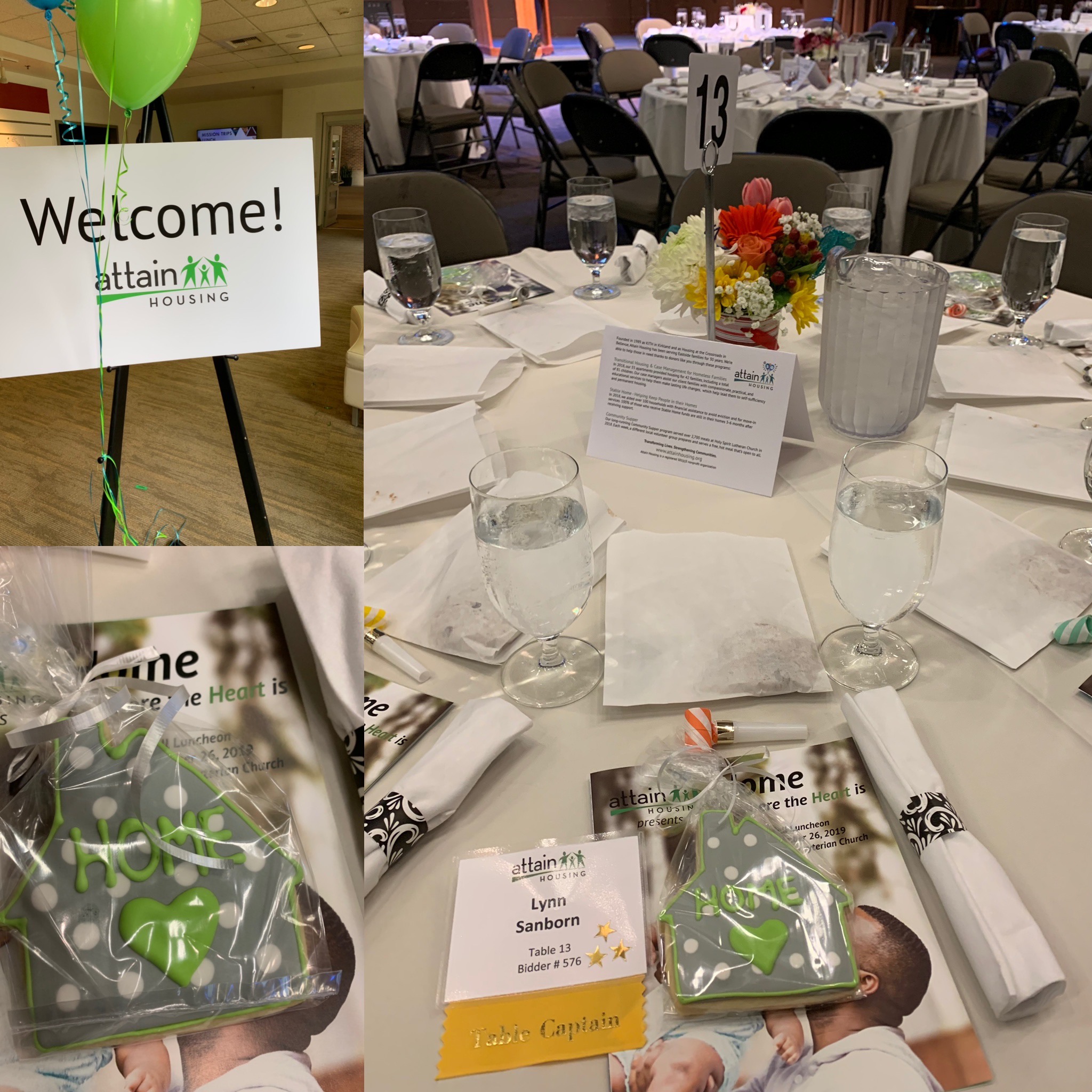 Organizing to secure transitional housings for families in need.

The Attain Housing lunch where I serve as an Advisory Member. I also served as VP on the Board for several years. 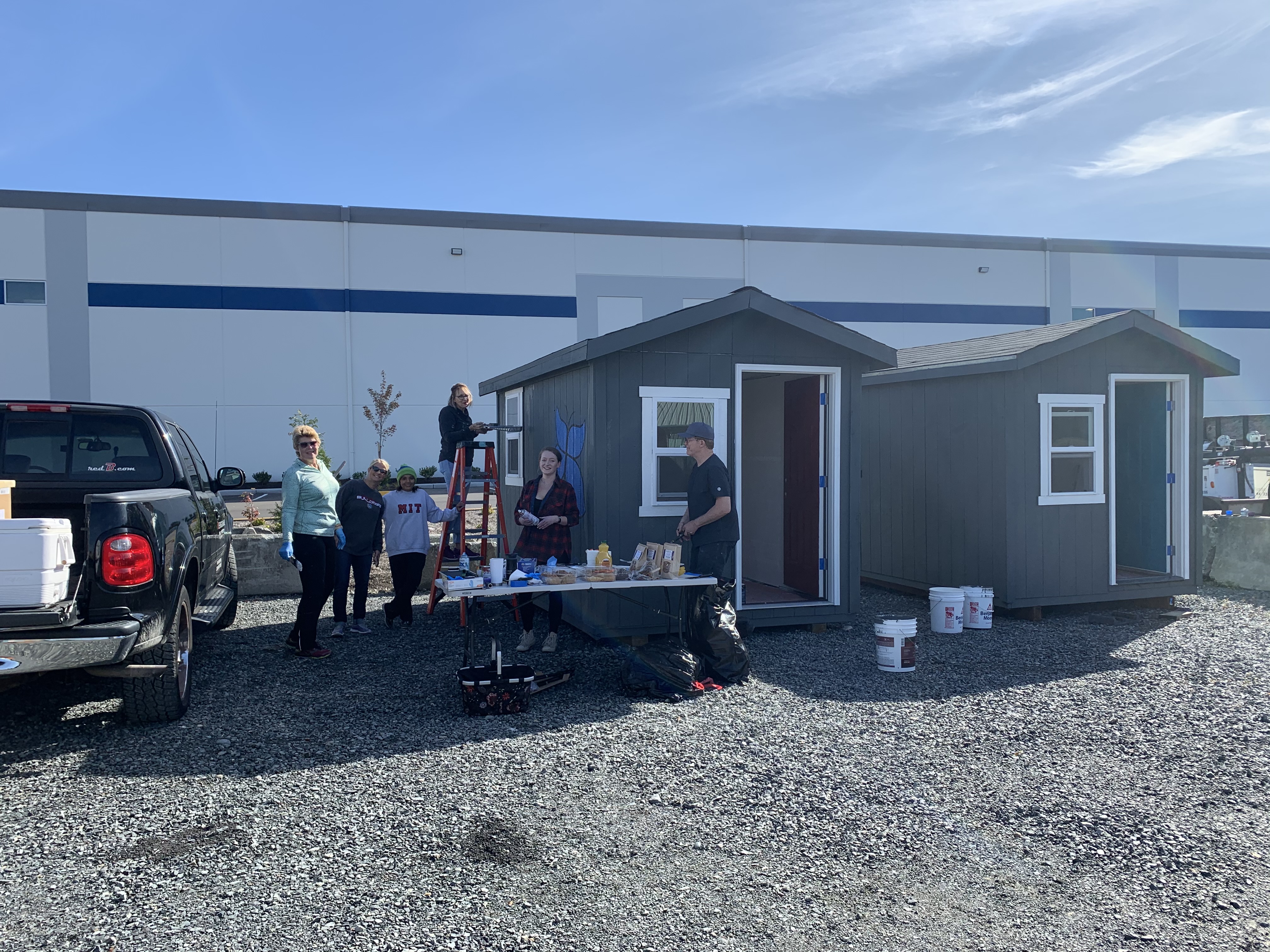 The Butterfly Effect Group that I am a Founding Member of partnered with LIHI to raise $5000 to have two Tiny Houses built and then our group painted and decorated them in Oct 2019. 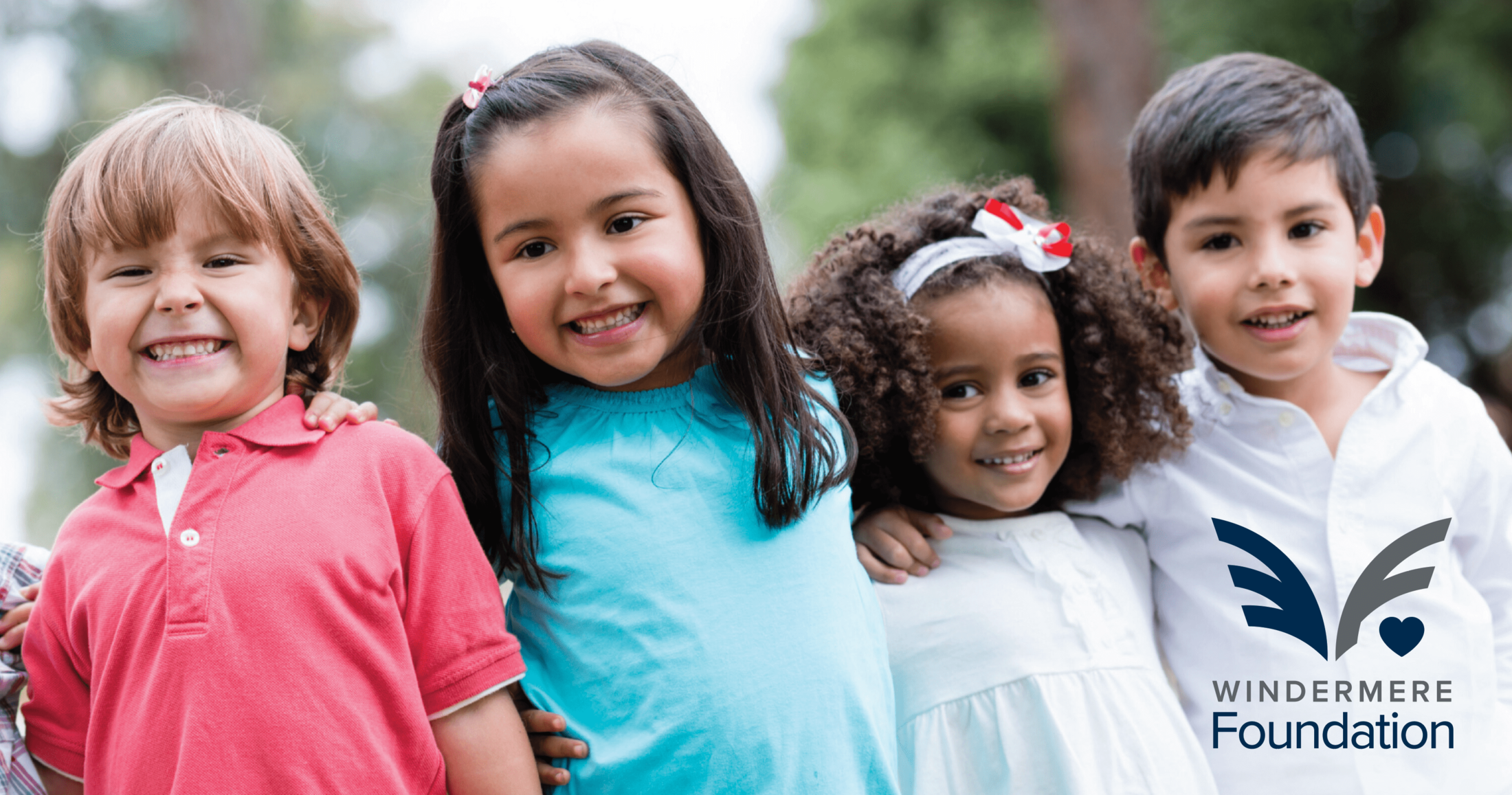 For the past 31 years, the Windermere Foundation has donated a portion of the proceeds from every home purchased or sold using a Windermere agent towards supporting low-income and homeless families in our communities. What started in 1989 as a grassroots foundation serving families in need in  Washington State, has grown to encompass ten states and has raised over $41 million for programs and organizations that provide shelter, food, children’s programs, emergency assistance, and other services to those who need our help most.

Lynn Sanborn did a tremendous job helping us sell and buy a house in a challenging environment. She was extremely patient and made certain that we had the best transaction possible on both ends of our real estate transactions.

I have known Lynn and her work in real estate for close to 20 years. Simply put, Lynn knows the market - -based upon that knowledge and experience, Lynn provides sage and practical advice as to strategy, approach, and execution. Lynn gave me the much needed advantage to prevail over another bidder to purchase my first home several years ago. Over the years, Lynn has consistently demonstrated a commitment to her clients to go the extra mile to get the job done. I whole-heartedly recommend her work to anyone needing someone with her skillset.

Thank you Lynn Sanborn for all you've done for me, my family/ friends and others you have successfully helped in buying and selling their homes. We all brag about you. At times we actually go back and forth about who you must like more because of the attention you give to each of our projects. You make every one of us feel like we're your only client. I don't have the heart to tell them that you love me best 😉 Thanks Lynn.

My husband and I have bought and sold several pieces of property over the years. Lynn was our broker on the sale of our former home and the purchase of our present home in Kirkland. As far as I am concerned, Lynn has definitely raised the bar for real estate brokers. She was there for us every step of the way and exceeded our expectations at every turn. I can't wait to refer her to someone who needs a great agent. I know they will thank me!

Thank you for your inquiry.